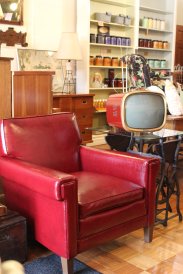 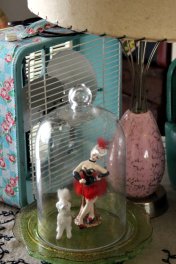 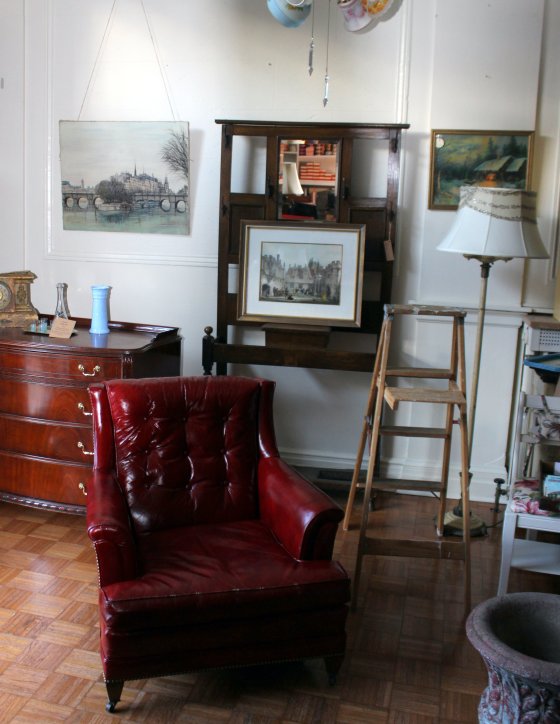 All throughout the summer, things move in and out of the shop at high speed. It is like moving house every week.  Art is my favorite thing, but I’m not crazy about hanging art.  When one piece sells, everything else has to be moved. 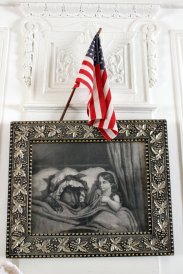 Remember my post about my friend, Robert’s, Morning Glory window awning? I think he switched to moon flowers and I haven’t seen how that worked out. However, I can tell you want happened to my cat-run roof of Morning Glories. It turned into a giant chipmunk blind.  The two cats, Emma and Kaiser, can’t go outside until I have the time to cut some of the Morning Glories down. I’ve managed to save the two that Emma caught, one of which lived under the radiator for two days, but that can’t go on. I picked one up that I believe fainted from Emma whacking it on the head and it was so soft. As soon as I got it out of the pen, it high-tailed it away. 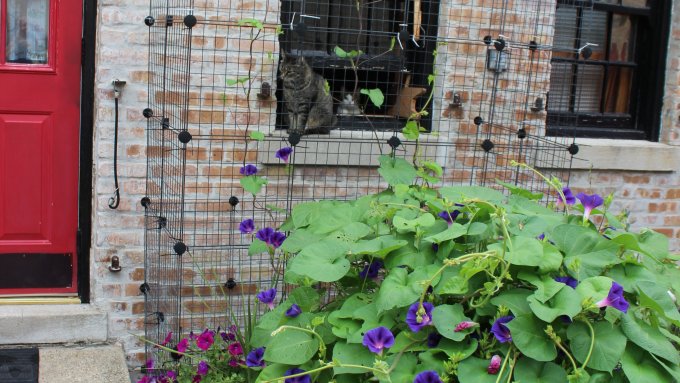 I didn’t know that chipmunks love to eat the spent Morning Glory flowers.  So, I won’t plant Morning Glories near the cat-run again. The shade provided is perfect, but I can figure something else out that doesn’t attract chipmunks. Meanwhile, I will need to make sure that Emma and Kaiser didn’t get fleas from my house guest of two days.  I had the front and back doors open for 8 hours a day and that chipmunk would sit on the door threshold and not go out. Finally, I corralled him one night and lead him outside.

The basil remains as a plant and has not miraculously turned into pesto. Darn it. 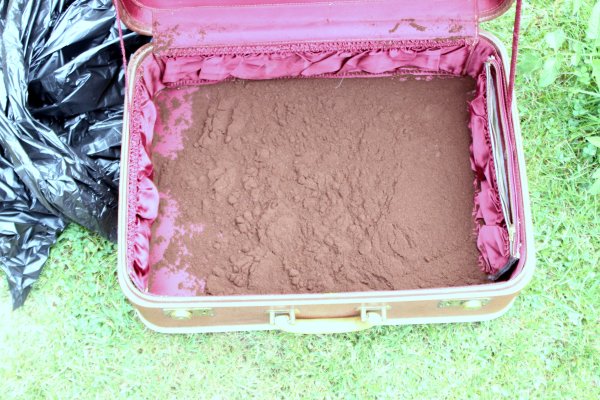 Side Note: The coffee trick that I’ve read about on line to remove the musty smell from a really cute 1940s suitcase doesn’t work. I put a pound of cheap coffee in the suitcase, put it all in a big bag and left it for six months. I swear it smelled even worse and the next trip the cute suitcase took was to the garbage bin.

A sweet gift from my friend, Catherine. I studied her bouquet and taught myself how to include leaves in garden flower arrangements.

Follow Fox and Finch Antiques in Richmond, Illinois on WordPress.com